In the realm of vitamins, vitamin B12 has been regarded as one of the most indispensable for the human body. It keeps the blood and brain cells healthy and makes the protective coating surrounding the body’s nerves. Without a doubt, vitamin B12 plays a critical role in many of the body’s most important functions.

In the United States, deficiency in vitamin B12 may be more widespread than previously thought! Researchers found out that more than 40 percent of the population is deficient in vitamin B12. There are many driving factors in B12 deficiency including diet, vitamin B12 malabsorption from food, pernicious anemia, postsurgical malabsorption, and in many cases, the cause is unknown. Needless to say, you should not ignore B12 vitamins whether you’re vegan, vegetarian, a meat-eater, young or old. 1

Many people turn to vitamin B12 supplements to help meet their needs and prevent a deficiency but with the many forms of vitamin B12 commercially available in the market it is easy to get confused about which type you should supplement with. This article examines each type of vitamin B12 and how to choose the right B12 for anyone looking for supplementation: 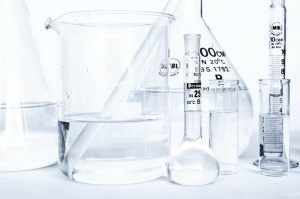 Cyanocobalamin B12:  a synthetic and an inactive form of supplemental vitamin B12 frequently used in supplements. This form must first be broken down to cobalamin and cyanide to be converted into the two bioactive coenzymes before being utilized by the body.2  It takes more than 48 hours for cyanocobalamin B12 to eventually convert to usable methylcobalamin. The process used to detoxify cyanocobalamin could deplete glutathione reserves and even then only a small amount is converted. Cyanocobalamin could cause cyanide toxicity particularly in those with kidney failure.3

However, research shows that methylcobalamin is not very sustainable and doesn’t increase levels of adenosylcobalamin necessary for the metabolism of fats and amino acids, as well as the formation of the protective myelin sheath around your nerve cells.4

To conclude, Methylcobalamin or Hydroxocobalamin is recommended for anyone looking to supplement or treat vitamin B12 deficiencies.

Why is Hydroxocobalamin Unique?

Hydroxocobalamin is an excellent antidote for cyanide, a fast-acting poison that can be lethal. The action of hydroxocobalamin injections in the treatment of cyanide poisoning is based on its ability to bind cyanide ions to form nontoxic cyanocobalamin, which is then excreted in the urine. As a result, this active ingredient is also an excellent option for people who are in the process of quitting smoking and detoxifying from the smoke.7 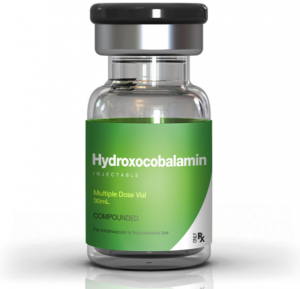 Hydroxocobalamin Injections vs. Oral B12 Supplements

Buy Hydroxocobalamin B12 Injections Near You!

The hydroxocobalamin injections are prescribed by a doctor and cannot be purchased over the counter. If you are looking to supplement your body with the natural forms of B12, you can buy Hydroxocobalamin Shots online easily at The HCG Institute. We are a telemedicine practice that service patients nationwide so you can now interface with healthcare providers from the comfort of their own home. Simply fill out the Vitamin Intake Form under Step 2 on our Start Now page to get started!