What are Glutathione Injections? Glutathione is an antioxidant produced in cells. It is often referred to as “the mother of all antioxidants,”  because of its enormous capacity to detoxify and neutralize harmful free radicals. Glutathione has acquired this excellent reputation as a result of the many essential functions and processes which it facilitates within the human body.1 It is made of three simple building blocks of protein or amino acids: cysteine, glycine, and glutamine.

When these amino acids are interfused into glutathione, it obtains the capacity to detox dangerous free radicals, toxic drugs, and even remove heavy metals from the body. What’s amazing is that while most antioxidants are found in the foods you eat, glutathione is produced, reduced, and regenerated by your body’s liver.2

Our ability to produce and maintain a high level of glutathione is critical to preventing disease, recovering from nearly all chronic illnesses, and maintaining optimal health and performance.

Some of the functions of Glutathione include:

Normally glutathione is recycled in the body but a variety of all-too-common reasons can deplete or offset your body’s glutathione levels and trigger oxidative stress including:

The signs and symptoms of glutathione depletion may include the following:

How To Optimize Glutathione Levels

Oral Glutathione vs. Injections vs. Suppositories

One would think that it would be easy just to take glutathione as a pill, but the systemic bioavailability of orally consumed glutathione is poor because the body digests protein — so you wouldn’t get the benefits if you ingested it this way.4 The best ways to increase your glutathione levels are through injections and suppositories because they get the product directly into your bloodstream where it can do its job. The suppository dissolves to release the drug once inside the body and travel to other parts of the body through the bloodstream.5 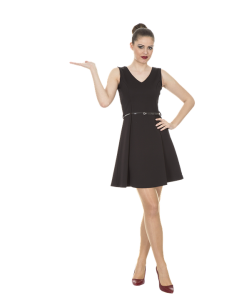 The internet is flooded with skin lightening products but many of them contain mercury-based ingredients that are dangerous and often accompanied by potentially serious side-effects to the user. Skin lightening creams that contain hydroquinone work by bleaching the skin, but often result in patchy, mild burning or stinging of the treated area.

Glutathione suppositories with vitamin C have become an effective alternative to these treatments, offering a safe and guaranteed method of lightening your skin, while maintaining optimum healthy skin in the long term. Each potent Glutathione suppository from The HCG Institute is made with 1000mg dose of active Reduced Glutathione and 500mg Vitamin C which bypasses the digestive tract for superior bioavailability.

The role of glutathione as a skin-lightening agent was discovered unexpectedly when it was noticed as a side effect of large doses of glutathione. Glutathione suppositories with vitamin C can cause skin lightening by deactivating the enzyme tyrosinase, which helps produce the pigment and converting melanin to an even, glowing, and lighter skin tone.6 If you are suffering from blotches on your face, scarring and skin discoloration that won’t go away with bleaching creams then our Glutathione suppositories can do the job!

How long before you see the results of the Glutathione Suppositories?

In order to achieve the desired outcome, one should constantly use the Glutathione suppositories/injections for 4-6 months. Even once the skin is lightened, you should have to come back every few months for maintenance. As the glutathione levels fade, so do the effects.

If you are looking for something to boost your immune system and whiten your skin at the same time, then The HCG Institute has it! We offer authentic glutathione injections and suppositories designed to prevent and reverse the effects of free radicals and give you a softer, clearer and brighter looking skin. Unlock the secret to a healthier YOU by completing the Vitamin Intake Form under Step 2 of our Start Now page!