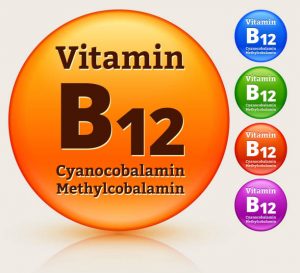 The Health Benefits of Vitamin B12 in your body are impressive from  the normal functioning of the brain and nervous system, and the formation of red blood cells. Vitamin B12, also known as cobalamin, is a water-soluble vitamin that works with many other B vitamins to carry out key roles in the functions of the human body.

It was discovered as a result of its relationship to the disease pernicious anemia, an autoimmune disease in which the parietal cells of the stomach responsible for secreting intrinsic factors are destroyed. These cells are also responsible for gastric acid secretion. 1

How is it produced?

Vitamin B12 is an essential nutrient that your body can’t make on its own. It is produced in nature only by prokaryotes in the form of certain bacteria and archaea. As such, animals, including humans, must obtain it from the food they eat and take them into the digestive system producing cobalamin internally. 2

1. Helps in the production of healthy red blood cells

You need cobalamin to make red blood cells which carry oxygen through your body. Not having enough of it can 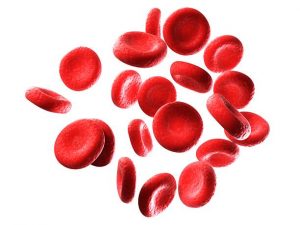 lead to anemia, which means your body does not have enough red blood cells to do the job. It causes symptoms like fatigue, difficulty concentrating, clumsiness, and dry skin.3

Vitamin B12 helps produce the fatty sheath (myelin) that surrounds and protects your nerves. When you are deficient of this vitamin, your nerve cells can’t function properly and it damages the myelin sheath that surrounds and protects nerves. Without this protection, nerves cease to function properly and conditions such as peripheral neuropathy occur. 4

One study in people with depression and low vitamin B12 levels found that those who received both antidepressants and cobalamin treatment were more likely to show good responses compared to those treated with antidepressants alone.5

Vitamin B12, in combination with vitamin B6 and folate, has been shown to control high levels of homocysteine in the blood. Homocysteine is a type of amino acid that is associated with an increased risk of heart and blood vessel diseases.

Vitamin B12 supplementation helps prevent brain shrinkage in older people with deficiency in their blood. The vitamin may play a role in preventing brain atrophy, which is the loss of brain cells and often associated with memory loss or dementia.

In a study from the University of Oxford in Britain, researchers found out that low B12 was associated with brain shrinkage. Those with low levels of the vitamin lost twice as much brain volume as those with high levels for a period of five years.6

It may help protect the brain against Alzheimer’s disease by reducing levels of homocysteine. Researchers found that each picomolar increase in blood vitamin B12 level was associated with a 2% reduction in the risk of Alzheimer’s disease among the elderly. 7

One of the most notable vitamin B12 benefits is a boost in energy because of its benefit in the production of red blood cells. Red blood cells transport oxygen to your vital organs which prevents your body from feeling weak and tired.

Food sources of cobalamin include poultry, meat, fish, and dairy products. Cobalamin is also added to some foods and is available as a supplement.

Recommended Daily Intake of Vitamin B12

The amount of vitamin B12 you need each day depends on your age. Average daily recommended amounts for different ages are listed below in micrograms (mcg):

Two steps are required for the body to absorb cobalamin from food. First, hydrochloric acid in the stomach separates cobalamin from the protein to which it is attached in food. It then combines with an intrinsic factor, a glycoprotein found made by the stomach, promoting its absorption through ileal receptors.

Some people have trouble absorbing this vitamin from all foods and dietary supplements due to some conditions such as:

B12 deficiency, when left untreated can lead to the following conditions:

Most people get enough of B12 from a balanced diet. However, those people who have conditions that affect their ability to absorb this from foods might benefit from the use of vitamin B12 injections such as Hydroxocobalamin B12 and Methylcobalamin B12.

When taken at appropriate doses, supplements are generally considered safe. Your body absorbs only as much as it needs, and any excess passes through your urine.

If you think you may need cobalamin supplements, you should look no further than The HCG Institute Online. Contact us today and reap the health benefits of Vitamin B12!